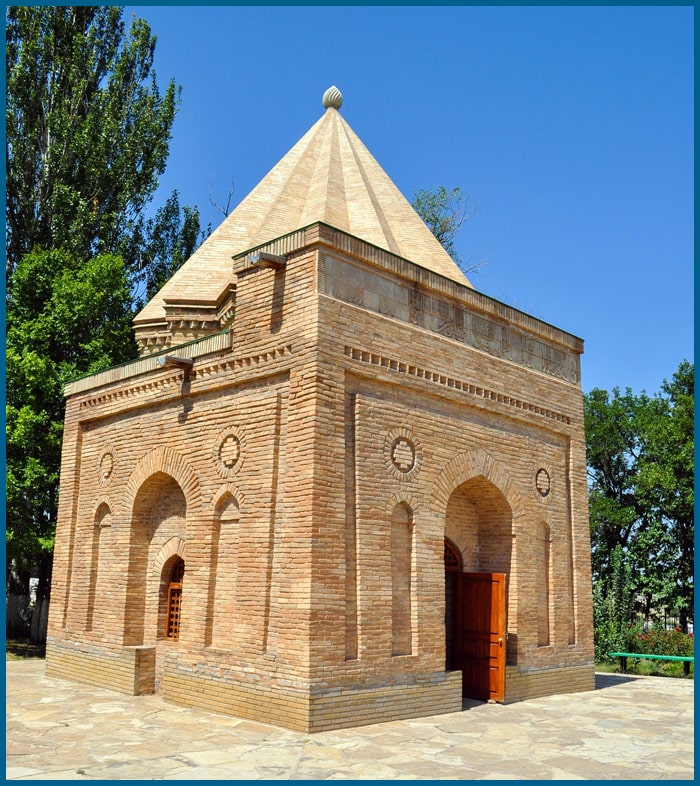 Day 1: Almaty
Upon arrival you will be met and transferred to the city for sightseeing. You will start your travel by visiting the Almaty Museum. Then will be one of the oldest of Almaty parks that is known as the Park of 28 Panfilov Guardsmen as well as the Zenkov Cathedral. This sight is known as one of the most prominent wooden buildings in the world. Green Bazaar is a place to test your bargain skills. Later on you will be transferred on the altitude of the 1690 meters above sea level where you will see famed Medeo Gorge. Tours to this place will show you the highest mountain skating rink in the world and the dam that protects the city from dangerous mudflow. Here you will have a short walk to enjoy the wonderful scenery of mountain awhile enjoying the fresh air.  Then you will take a cable car to Shymbulak ski resort area. Kok-Tobe hill will show you the tallest TV tower in the world and then you are going to have a stroll along the picturesque winding mountain road on the park eco-cars. While travelling to Kok-Tobe hill you will enjoy the breathtaking view of the tallest TV tower in the world and walk along the wonderful winding mountain road. You will return to the center of the city by the famous Almaty cableway. Overnight is in night train Almaty - Taraz.

Day 2: Almaty - Taraz - Sairam - Shymkent
You will continue your wonderful tour by visiting Taraz. Upon arrival you will explore the most significant attractions as History Museum, Karakhan and Dautbek Mausoleum, Tekturmas Historical Complex, Akyrtas antient palace complex. You will learn that the city is one of the oldest cities in Kazakhstan. Its remains nowadays are under the buildings of the modern city. Transfer to Sairam district of Shymkent (160 km). During the travel you will have a great time while observing Ibrahim-Ata Mausoleum, Karashash-Ana Mausoleum, and medieval minaret. You will find Sairam at the edge of Shymkent where the former Ispidzhab - one of the largest centers of the Great Silk Road in the Middle Ages located. The other well-known sight of this place is the birthplace of the great enlightener of XII century - Khoja Ahmed Yasawi. Mausoleums of his father and mother, Ibrahim-Ata and Karashash-Ana, are also located here. Transfer to Shymkent. Overnight is in Shymkent.

Day 3: Shymkent - Otrar Settlement - Turkestan - Shymkent
The travel will start with driving to Otrar Settlement (220 km). During the tour you will visit the Arystan-Bab Mausoleum that was erected in honor of teacher and spiritual mentor of Khoja Ahmed Yasawi, archaeological site of the ancient settlement of Otrar. After it you will head on to Turkestan (70 km) to explore the "Azret-Sultan" historical and architectural complex, Mausoleum of Khoja Ahmed Yasawi (Necropolis, Hammam, Hilvet underground mosque). You will be impressed to know that Turkestan appeared around 500 AD where the caravan routes from Samarkand, Bukhara and Khiva in northern Kazakhstan are passed. The city was known as the spiritual and political center of the Turkic-speaking people in the XVI-XVIII centuries as well as being the capital of the Kazakh Khanate. Transfer to Shymkent (170 km). Overnight is in Shymkent.

Day 4: Shymkent - Aksu-Zhabagly Reserve - Shymkent
In the morning you will have to travel to Aksu-Jabagly natural reserve. On the way to it you will visit the Aksu canyon.  Aksu-Zhabagly is considered to be the oldest natural reserve in Kazakhstan. You will find it on the spurs of the Western Tien-Shan Mountains the attitude of which is 1000 to 4280 meters above sea level. The high zone of this reserve is a semi-deserts substitute with dry motley grass of steppes, luxurious plots of meadows give way to thickets of creeping juniper. The mountainous flowers will show you the breathtaking picture of the base of rigorous peaks that can blind you by its dazzling snow and glaciers. This area is known as a treasury of rare, endangered and endemic species of animals and plants. Inhabitants of this sight are argali and ibex, deer and roe deer, lynx and snow leopards, wolves, foxes, bears, porcupines, ermines and bearded vultures, griffons and golden eagles. Transfer to Shymkent. Return to the hotel for overnight

Day 5: Shymkent
In course of the tour you will explore the third megalopolis of Kazakhstan. In terms of population it is the first one of occupied space. Shymkent used to be one of the cities of Great Silk Road with such important cities as Otrar, Turkestan, Syganak, Sauran, and others. You will have guided city tour where you will investigate the most prominent sights of the city like Walk of Fame (park named after Sh.Kaldayakov), "Zher Ana" monument, Ordabasy square, Park "20 years of Independence of the Republic of Kazakhstan", Obelisk of Glory, Eternal Fire to the Fallen in WWII, Dendropark - optionally, the regional historical - museum, the ruins of the citadel of ancient Shymkent, pedestrian street "Arbat". Night will be spent in the hotel.

Day 6: Shymkent - Almaty - Issyk - Almaty
Today you will start your travel by having a morning flight to Almaty. Upon arrival to the Southern capital of Kazakhstan you will head on to Issyk Lake. Issyk Gorge can be found on Trans-Ili Alatau that lies along the Kuldja tract. You will be impressed that man centuries ago it was a route for trade caravans. On the way you will visit the State Historical and Cultural Museum-Reserve "ISSYK" that will show you interesting expositions of the history and culture of the Saka period even the famous copy of Golden Man and golden items. After exploration of the most iconic exhibit we continue our drive to Issyk Lake. It is alpine lake that is situated on the altitude of 1 756 meters above sea level. Due to landslide 10 000 years ago this lake was formed, furthermore the dam of 300 meters in height appeared. You will have a great time while exploring the breathtaking nature of the lake. Transfer to the hotel for overnight.

Train Almaty - Taraz (4 berths per compartment) - from 40 $ per person

Flight Shymkent - Almaty - from 75 $ per person