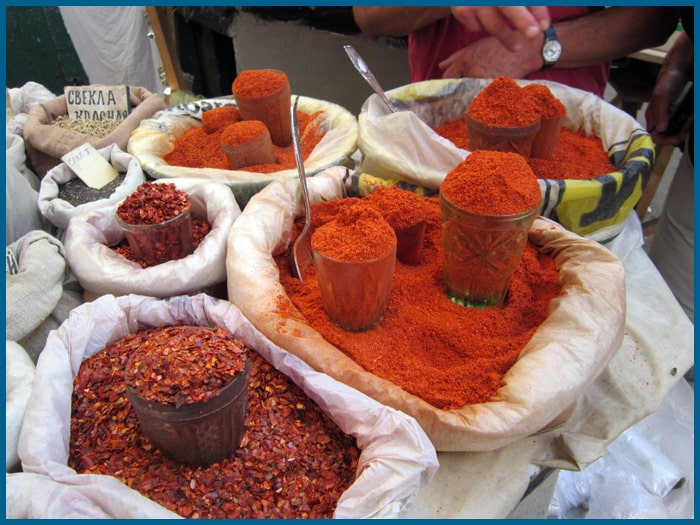 Day 1: Almaty
Happy to see you in Kazakhstan. You will be met at the airport by a guide who shares some information about antiquity and growth of the Southern capital of Kazakhstan. The next destination is seeing the famous Green Bazaar as well as see Almaty parks as Panfilov Park and the most attractive wooden buildings in the world - Zenkov Cathedral. We will visit the Memorial of Glory and Eternal Flame. In the afternoon we will drive to Medeo Gorge and KokTobe hill. See the tallest TV tower in the world. In Kok Tobe Park you will be esteemed by the magnificent panoramic views and take terrific photos. End your day by a ride from the top of the hill to the center of the city by Almaty cableway. Night is in a hotel.

Day 2: Almaty - Shymkent
The tour will start by visiting Shymkent. The guide will meet you and show a city tour. We will visit park named after Sh.Kaldayakov "Zher Ana" monument, Ordabasy square Park "20 years of Independence of the Republic of Kazakhstan", Museum of Victims of Political Repression, Obelisk of Glory, Eternal Flame to the fallen in The great Patriotic War, Walk of Fame, Arboretum, Regional Museum and others. Overnight is in a hotel.

Day 3: Shymkent - Turkestan - Shymkent
In the morning is departure from Shymkent to Otrar region, Shaulder Settlement. We will have an idea to visit the Local History Museum "Otyrar", Arystan Bab Mausoleum, archaeological site of the ancient settlement of Otrar. Otrar is the city where philosopher and scientist Al Farabi was born there. The next destination is the city of Turkestan, which was originated about 500 AD at the connection of caravan roads from Samarkand, Bukhara and Khiva to northern Kazakhstan. It is the mystical and party-political center of the Turkic-speaking people in the XVI-XVIII centuries. Before it was the capital of the Kazakh Khanate. Being in Turkestan you will visit "Azret Sultan" historical and architectural complex, Mausoleum of Khoja Ahmed Yasawi, Turkestan ancient settlement, Necropolis, a bit of the fortress wall, Citadel with gates, Hammam, Hilvet subversive mosque. Rest is in a hotel.

Day 4: Shymkent - Almaty
Today is transfer to airport to land Almaty. On arrival we will have a city tour and visit Panfilov's alley and Arbat, President Park. The Arbat Market is one of the most visited places in Almaty where you can find artists selling their works of art, local sceneries and everything about Kazakhstan. Later on, visit TSUM shopping mall and enjoy different kind of goods. The Park is sited in the southern part of Almaty and has an extraordinary mountain background. In this park is usually held the annual music festival called "Almaty - my first love". The concert is held in front of the bowed path. The amphitheater atmosphere is highlighted by the fountains and water features to the hindmost.  The park area takes about 1.5 km from one end to the other. After excursion is transfer to a hotel.

Day 5: Almaty - Issyk Lake - Almaty
The tour will start by travelling to Trans Ili Alatau - Issyk Gorge located along the Kuldja tract. On the way you will get additional information about history and see the burial mounds of Saka period. We will visit the State Historical and Cultural Museum Reserve "ISSYK and drive to an altitude of 1756 meters above sea level. We will see a beautiful mountain lake Issyk formed about 10,000 years ago because of landslide of the natural dam of 300 meters in height. Night is in a hotel.

Day 6: Almaty - Kaindy - Saty
Today is departure from Almaty. Then we will arrive to Kolsai Lakes. In the afternoon we will travel to Kaindy Lake situated amid magnificent pine forest at an altitude of 2000 meters above sea level. It was originated in 1911 due to the earthquake which congested the alley by the natural dam where water has flooded the valley. It is cold and transparent. Afterwards you will have transfer to Saty settlement. Night is in a guesthouse.

Day 7: Saty - Kolsai
In the morning we will trek from the lake Kolsai 1 to the lake Kolsai 2. Kolsai Lakes are also called "Pearls of the Northern Tien Shan". It is famous for waterfall of three lakes. The largest lake is very widespread amongst travelers with green color and mushrooms. It is a comfortable place for a horse tour there. The highest lake is small which is situated on the border of fir-wood and the alpine meadows. Upright drop between the three lakes is about 700 meters and can be reached by car. You can walk few kilometers along mountain trails to see the second and the third lake. Find Marals, mountain goats, wolves as well as bears. Overnight is in a guesthouse.

Day 8: Kolsai - Charyn - Almaty
Today is departure to Almaty. We will drive to Charyn Canyon. Charyn Canyon is one of the most attractive multiplexes in Kazakhstan attracting travelers from around the world. It was appeared during Paleogene and prompts the Grand Canyon of Colorado River in North America. The height of canyon is about 150-300 meters and made due to wind and water. The second name of the lake is "Valley of Castles". The length of the valley is more than 2 km, width is 20-80 meters. Afterwards you will transfer to Almaty. Night is in a hotel.

Service does not include:
- Full board
- Single rooms
- Early check-in
- Travel insurance
- Visa and visa support